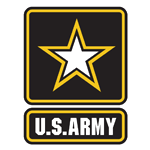 The U.S. Army, the largest branch of the U.S. armed forces,  needed a leading-edge financial management and Real Property Management system to ensure optimal warfighter support in adherence with  congressionally mandated governance procedures, such as the CFO Act of 1990 and the Federal Financial Management Improvement Act (FFMIA).

The legacy system to manage the U.S. Army’s finances was inefficient, costly and outmoded. To improve financial accountability, the Army needed to build a new, modernized system designed to standardize and streamline its financial business processes—everything from accounts receivable to cost management to property, plant and equipment inventory management. The Army commands had existing methods and systems to track their inventories. As a result,  he U.S. Army did not have a “TRUE SYSTEM of Record” and there was no accurate view of each command’s inventory.

IT Partners(ITP),  teamed up with the current Prime on the award to help staff  senior ABAP  Development resources on the demo team. This team was installed at DFAS initially in 2005 to deliver a demo system out of Indianapolis. After the successful technology demonstration, the Army was ready to build the Release 1.2 solution. This time, located in Herndon, VA, ITP staffed 80% of the ABAP development team.

Working with the Prime, ITP completed the build, test  and deployment in October 2008, at eight Army organizations/installations. We continued to staff a majority of the ABAP Development team for the next 6 years as the ARMY rolled out releases 1.3 and 1.4.

The 10‐year SAP program, launched in July 2005, provides access to real‐time, accurate data and a broad array of information, Army leaders and managers can make more informed business decisions, leverage current resources and plan for the future. At the same time, provide improved accountability to the Department of Defense, Congress and, ultimately, taxpayer.